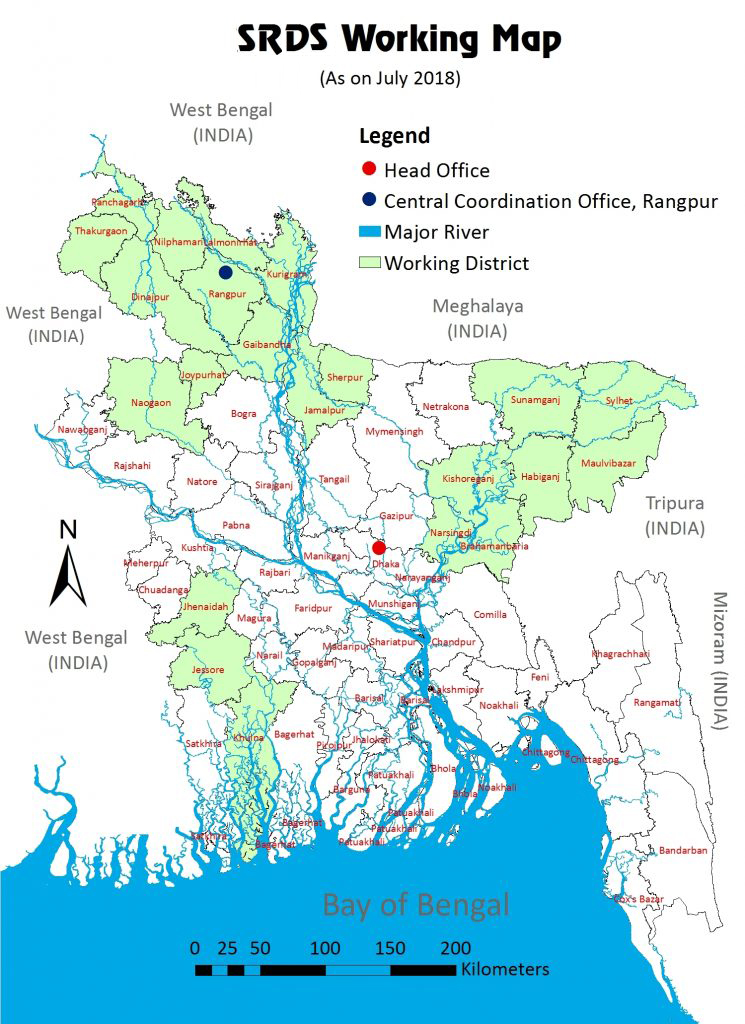 SRDS Working Area SRDS is unusual is maintaining a concentrated geographic program, focusing on 8 districts and 57 Upazilas (sub-districts) mainly in deprived north-west Bangladesh in Rangpur Division, far from the overcentralized economic and political powerbase of Dhaka, Chittagong, even Rajshahi. This corner of Bangladesh remains one of its most vulnerable, with regular flooding and riverbank erosion of the Brahmaputra and other rivers dominating life, particularly in the east of the region. The climate is colder and drier than the rest of the country, also causing problems for the poor, and drought in the west. In very recent years, SRDS has expanded its program to a few more districts in the other part of the country. SRDS working area now covers 22 districts – Panchagarh, Thakurgaon, Dinajpur, Rangpur, Nilphamari, Lalmonirhat, Kurigram, Gaibandha, Jamalpur, Sylhet, Moulvibazar, Habiganj, Brahmanbaria, Natore, and Naogaon. The Central Coordination Office of SRDS is situated in Rangpur, while Head Office in Dhaka.

Know More about us

We use cookies to ensure that we give you the best experience on our website. If you continue to use this site we will assume that you are happy with it.Ok